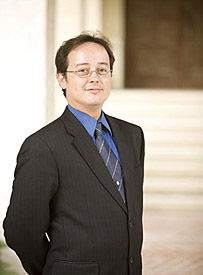 At first glance, Tony Coolidge may appear to be a mild-mannered writer and business entrepreneur. When a cause beckoned, he became an advocate for indigenous tribes of the world and for survivors of Hurricane Katrina. Tony has the ability to create impressive results from little or no resources with teamwork and communication. He has accomplished this in the corporate world and the world of advocacy. He set in motion events to fulfill on his commitment to bring together the 300 million indigenous peoples of the world in the spirit of self-determination, taking on the form of improved communication, cultural exchanges and economic cooperation.

As founder and President of an international consulting group, China Business Developers, Tony Coolidge and his partners are supporting the “Green Movement” in business on an international level. They are providing financial, communication and marketing resources for companies providing “Green” solutions for clean waste processing, energy production, transportation, and building. The group is also provides companies access to overseas markets and is currently developing an international consortium to facilitate joint ventures with companies in China.

In December 2004, with a production crew from Florida, he organized and funded a trip to Taiwan to shoot the documentary film, Voices In The Clouds. This documentary film, with a budget of $100,000, highlights the indigenous cultures of the island and expresses the importance of discovering our cultural roots. From the trip was born a photography exhibit that was featured in several galleries. One of the photographs was recently published in the November 2007 issue of National Geographic Traveler magazine.

In October 2004, he made Orlando the showcase of the indigenous world with the Indigenous Heritage Festival, an international gathering of tribal groups, featuring films, performances and exhibits. He founded, organized and raised money for the $30,000 event, which brought together 14 tribes from 3 continents. The ATAYAL organization partnered with the Seminole Tribe of Florida and other groups to create the event.

Tony is a published writer and artist. He has written several magazine articles. In July 2004, Tony wrote an article for Cultural Survival Quarterly, an internationally distributed magazine focused on indigenous world issues. His article is a summarized of the issues and developments of the indigenous people of Taiwan throughout the last decade. It was in 1995 Tony published Village In The Clouds in Orient Magazine. The article chronicled his discovery of his indigenous heritage in Taiwan after his mother’s death. The exposure and support he received after writing this article inspired Tony to organize ATAYAL, Inc.

In May 2004, Tony spoke to world tribal leaders at the United Nations during the Permanent Forum on Indigenous Issues on a panel on issues facing indigenous youth. This opportunity expanded Tony’s vision and the direction of the ATAYAL organization.

In 2003, Tony and ATAYAL arranged for government sponsorship and financing of the documentary film, Atayal (Taroko) Trail, with a budget of $300,000. This film features a history of Tony’s Atayal tribal heritage. The film was screened at the Enzian Theater in June 19, 2004 and was screened at the Indigenous Heritage Festival on October 16, 2004.

From 2001-2005, Tony Coolidge has worked as Director of ATAYAL, a 501 (c)(3) non-profit organization he founded. The organization is dedicated to heightening the awareness and understanding of the disappearing indigenous culture of Taiwan. Since speaking at the United Nations and networking with other tribal leaders, Tony has expanded the company to unite indigenous cultures of the world.

In 1999, he co-founded and was President of the Internet auction company, iBidUSA.com, which is now a publicly trading company on the American Stock Exchange. Tony co-developed the concept, patented it and wrote the business plan. He worked with three partners to raise money, hire staff and develop the software and marketing system. Within the first year, the company expanded to 20 employees and two offices and almost $1 million in sales.

From 1997-1998, Tony created the marketing concepts and materials for American Access Technologies, a telecommunications manufacturing company. The well-developed corporate image allowed the fledgling company to compete with and attract Fortune 500 companies immediately. He served in the capacity of Vice President of Marketing before he developed iBidUSA.com. American Access Technologies is now a debt-free multi-million-dollar publicly-trading company.

From 1995-1999, Mr. Coolidge served as President of PROactive Media, Inc., a web, multimedia and production company, which has produced work for hundreds of clients nationally.

Tony Coolidge received a Bachelor’s of the Arts in Advertising and Marketing from the University of Texas at Austin in 1992.

9 responses to “About The Author”